Sometimes you hear or read a piece of wisdom and you think how sensible it sounds. You decide you're going to incorporate it into your life to help you lose weight, quit smoking, or something else you want to change or improve on. You might even start out following that piece of advice but soon you're back to those old, familiar habits, the advice forgotten or ignored. I know I'm more than guilty of doing this.

A week or so ago, my nephew stopped by for a visit. He competes in amateur boxing and is in training for a fight coming up in March. After he outlined the diet he's following (no dairy, no bread, no sugar, basically nothing other than plain poached chicken breasts, plain tuna, egg whites, steamed vegetables, and fruit) and how many hours he's in the gym per week, I said I was impressed. There would be no way I could give up dairy (I eat a lot of greek yogurt) or bread. I love bread. (Not the sandwich kind you buy from the grocery store, but the good bakery type.)

His words resonated with me in a way that similar words never had before. Now when I find myself getting sidetracked from my writing, I ask myself how badly do I want to be able to write full time. It has made me get my butt in the chair and my fingers on the keyboard every single time.
Posted by Katherine at 6:30 AM 2 comments: 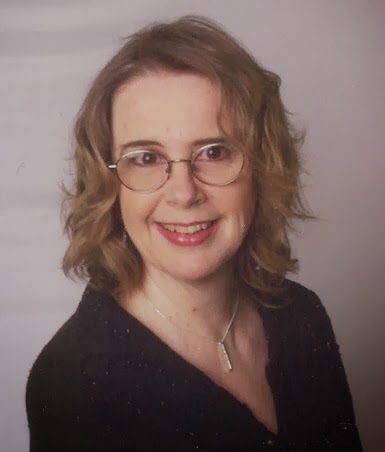 Please welcome my guest, Romance Author Linda Carroll-Bradd. Linda is giving away one digital copy of her new release, Gingerbread Wishes. See the bottom of the post for details.

As a young girl, Linda was often found lying on her bed reading about fascinating characters having exciting adventures in places far away and in other time periods. In later years, she read and then started writing romances and achieved her first publication--a confession story. Married with 4 adult children and 2 granddaughters, Linda now writes heartwarming contemporary and historical stories with a touch of humor from her home in the southern California mountains.

From Confession Story to Indie Title

The evolution of Gingerbread Wishes is a bit different than other stories I’ve created. The original story was written in response to a request for holiday stories from the editor of a confession magazine. For those of you who may not know, you can still find these magazines that your mothers and/or grandmothers read in their youths (at the time I wrote the story in 2003 or 2004, four editions were still in print). True Story (first published in 1919 and once had a 2 million/month subscription base) and True Confession do appear on newsstands in certain areas of the country, in addition to being available through both online and print subscriptions.

Confession stories are always written in first person from the woman’s point of view and the plot has a moral or a lesson learned. I geared my story for the True Love magazine where I’d sold several other stories that focused on the romance. Because of the confessional nature of the stories (as if the events actually happened to the author), the magazine editors always changed the names of the individuals and locations. In my story, which was titled The Sweetness of Christmas at the time, the heroine lived in a small town in Texas and wanted to explore options other than the family-owned bakery. The complication was a new guy in town who made her rethink her priorities and the lesson learned was to appreciate what you had. That version of the story was rejected, and I believe the reason given was a story with a similar theme had already been contracted. One good thing with confession magazine submittals is they were kept on file for years, so a seasonal story had a chance the following year. I accepted my rejection and didn’t give the story another thought.

Until…in the late summer of 2012, I saw a call for submissions to a Christmas anthology to be released by Still Moments Publishing. And I remembered that holiday confession story so I hunted all over to find it. (I’d suffered two computer malfunctions since 2004 and feared the story was lost.) Finally, I found both a print copy and a file on a flash drive. I set to work refreshing the writing style—was I wordy back in the early 2000s—changing from first to third person, and giving the hero (who also became a single father and widower) a few paragraphs of his point of view. I added more small town elements (town pageant with children’s choral performance, the town’s reaction to her putting up the bakery for sale). That version, Wishes Come True, was sent and accepted in less than a week, and became part of the Christmas Magic anthology that released December 4, 2012. I loved having the print version with the beautiful cover to share with my family that Christmas, and the anthology received several 5-star reviews. But sadly, Still Moments Publishing went out of business in March 2013 and so my story was no longer available.

The 2012 RWA conference had several workshops on the explosion of self publishing and early in 2013, I took an online course that covered the how-to’s. I took to heart a couple of reviewer’s comments about Wishes Come True and dug into the story with the intention of deepening the emotion and lengthening it. I added a couple scenes in the hero’s POV to make the story more balanced and to give the reader a glimpse of why he’s so quickly attracted to the heroine, gave the hero and heroine more interactions, added a swish of a town legend, and added enough threads that Gingerbread Wishes became the launch story for a new contemporary sweet romance series centering around the Sugar & Spice Bakery in Dorado, Texas. 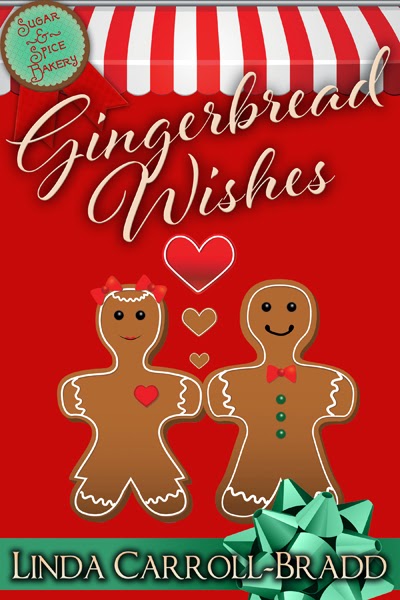 Blurb:   Tora can’t wait to sell the family bakery run by generations of Hammond women and seek excitement outside of Dorado, Texas.

Widower Jordan Dawson, the town’s star quarterback from a decade ago, returns to his hometown with plans to develop a sporting goods store. He also hopes experiencing a small town Christmas will cheer up his five-year-old daughter, Jenna, still recovering from the loss of her mother.

Will the spark of interest Tora sees in Jordan’s eyes be the excitement she’s looking for?


Excerpt:
“Not really.” She lifted a shoulder in what she hoped looked like a nonchalant shrug. This was probably the first of many anticipated explanations she’d have to give. “I’ve always wanted to live in a big city.”

“Let me consult my files. I’ll see what I can do for you, Tora.” Mr. Trenton juggled the cup and his sack while opening the umbrella. “This bakery is such a tradition here that I can’t imagine the good citizens of Dorado without it.” Bells jangled as he hurried through the door.

A pang of guilt pinched her conscience. His words formed the base of every argument she had with herself about keeping the bakery open for the past three years. “I’m sorry for the interruption. Now, you wanted hot chocolate and coffee…”

His narrowed gaze scrutinized her face, and a slow smile spread across his lips. “Are you Tora Hammond?”

A thrill danced down her neck. He knows me? But how? “That’s me. Have we met?”

“I grew up in Dorado. I was several years ahead of you in school, but I remember seeing you here in the shop.” He stepped close and extended a hand over the counter. “Jordan Dawson.”

At the clasping of their hands, her mind filled with images of the town’s golden boy—star quarterback of the Dorado Cougars and the school’s ace baseball pitcher. They hadn’t shared the high school hallways during her years there, but his trophies filled the top shelf of the Athletic Department’s display case.

“Of course. Nice to see you again, Mr. Dawson.”

His hand eased away and lowered to the little girl’s shoulder. “Call me Jordan, please. And this is my daughter, Jenna.”

Tora stood on tip-toes and leaned over the counter to smile at the girl who gripped her father’s hand. A hand she knew from recent first-hand experience was strong and capable. “Hi, Jenna. I’m happy to meet you. All the kids call me Tora.”

“I’ll get your drinks.” She turned toward the back of the counter.

“Hold off a moment. I have to echo what that man said.” Jordan rested a forearm on the counter, his mouth pulled into a tight line. “Dorado without a bakery run by a Hammond woman would not be the town I remember.”

His praise warmed her heart, and she wished Gram could hear his comment. But Tora had a plan and that involved making a big change. “I have confidence the townspeople will survive.”

“People in the big cities survive, but people in small towns know how to live life. They know their neighbors and show them they care.” A finger tapped the donation coffee can and a metallic jingle sounded. “Believe me, I’ve lived in both settings and there’s no comparison. You’re better off here.”

How could he know that? She bit her tongue to keep from arguing with a customer and forced a polite smile. “Well, I can’t wait to experience life in the big city so I can see for myself.”

The child’s interruption came at the right time. “I’m sure you are, sweetie. I’ll get your hot chocolate right away.” Without another glance at Big City Dawson, she turned to her task. A few minutes later, she approached the round table where they’d situated themselves and couldn’t help but notice he’d draped his coat around his daughter’s thin shoulders.

After placing the mugs on the table, she held out a spoon and whispered to the quiet girl, “Careful, the cocoa’s hot. Better start with the whipped cream.”

Her eyes lit up, her mouth spread in a smile showing off rows of small teeth, and she grabbed her spoon.

For some strange reason, that tiny response thrilled Tora. The child looked like she didn’t smile much. “May I bring pastries or coffee cake?”

Jordan leaned back in the ladderback chair and glanced over his shoulder. “Do you still sell apple fritters? Those were always my favorite.”

“We do. Shall I bring two?” She started to turn but felt his warm fingers on her wrist. Ripples of awareness shot up her arm. When she turned to look, she was captured by his gaze, steady and concerned. Her insides felt as quivery as the middle of a jelly doughnut. What is this? She’d never experienced such an immediate reaction to a man.
Purchase Links:
Amazon: http://amzn.com/B00HGUZSMC
Smashwords:  https://www.smashwords.com/books/view/392687
Barnes & Noble: http://www.barnesandnoble.com/s/Gingerbread-Wishes?store=ebook&keyword=Gingerbread+Wishes

You can connect with Linda at any of these links:

Linda will give away a digital copy of Gingerbread Wishes to one random person who leaves a comment AND their email address so be sure to do both.
Posted by Katherine at 6:00 AM 3 comments: 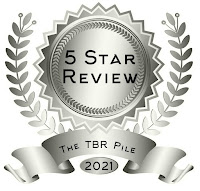 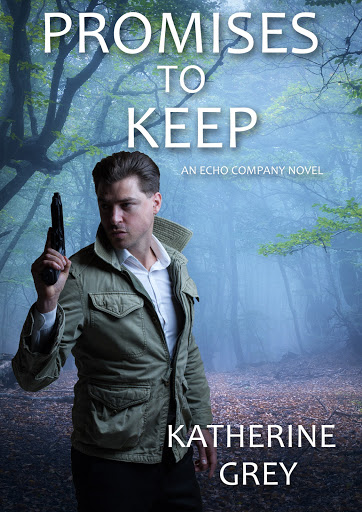 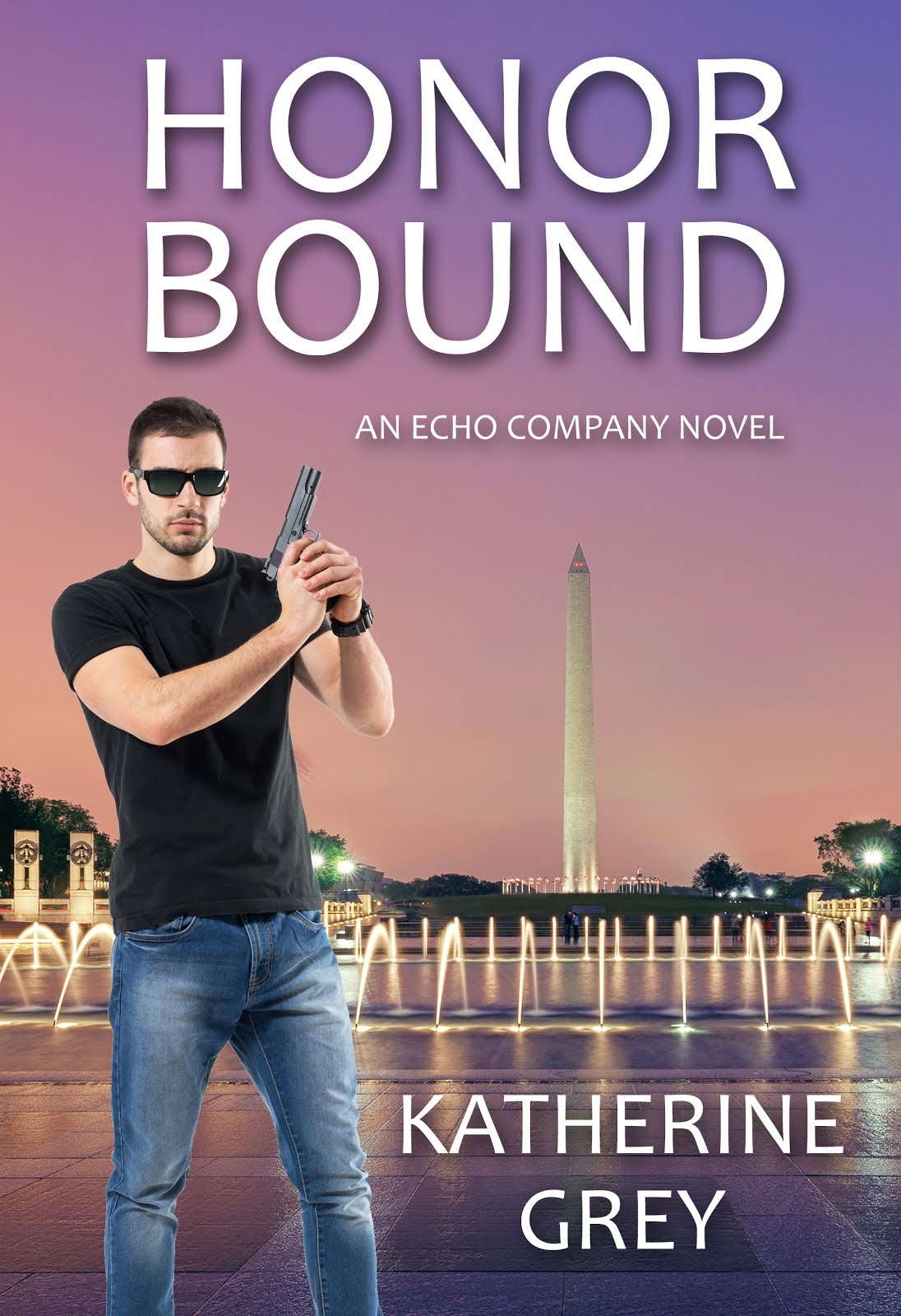 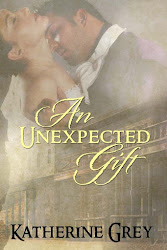 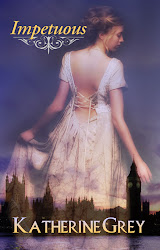